What’s the weather like today? Have a look at Real English.

Will it be hot again? Will it be raining? What will I need to wear ?

First name all the capital cities in Australia. Then ask what the temperature will be like there? Will it be hot? Will it be raining?

Funny Australian video about the weather.

It is sad to see that two of the horses died following the races at Flemington’s Melbourne Cup this year. Here is a video of Admire Rakti winning the Caulfield cup this month. He died of heart failure after the Melbourne Cup race.

Araldo was the other horse who was euthanased after breaking his leg on a fence. He had come 7th place in the race. He was scared by a flag waving and he ran into a fence.

Read about the Melbourne cup here.

Here is a video on how to make your techno racing hat, do you like this? Please write a comment below.

Here are some ladies’ hat fashions to wear at the races. Hats are VERY popular!

The following slideshare is one I found on the internet. This is related to the work we have been doing in class two weeks ago.

Are you interested in BIRDS? Here is a link to Bird finder. Find a bird that you have seen recently.

Practice your understanding of place value in mathematics. How do many of these maths skills help us in our daily life? Talk with a friend and write down 5 places where you use 5 different sorts of maths skills in your daily life.

Here is another presentation on slideshare about Australia.
See if you can talk your way through this, as if you were giving a talk to the classroom.

Link to the VILC video on An Ambulance Paramedic-story of a day in the life of a young ambulance paramedic and the long night shift she works. What are the hard things about her job? Would you like to work at night? What would be the advantages and the disadvantages?

Ooh look at this news article about YUMMY foods to eat!! I am not kidding. Insects are nutritious!

What does Jane and Fern have to say about some of the insects we see on display in the markets in Thailand? Read this article and write a comment on this blog post.
Students in 2D:- as part of your assessment for the subject, “Demonstrate understanding of a written information report”, please read the news article (above) and comment on the following questions:

I look forward to reading your comments.

Here is some reading about a photographer who lives in the outback. I like listening to this story.

This week our class will be learning some English about medicine.
It can be frightening to go to the doctor when you are feeling sick, and you don’t know English.
We will be working on a few different websites. Learn the words condition and treatment.
VILC has a few listening exercises about ‘living with medicines’ and ‘Going to the hospital’.

Listen to this recording about medicine labels
Next we will look at the website Better Health.
Read about conditions and treatments- write down a few of these words-they are in alphabetical order. Look at the breakfast menus on the healthy living tab!! Warning- you might feel hungry!!
There is a lot of information on this topic. Another good website is Teens Health –
work together and find something that interests you to read and write notes about.

Jane will help you with this lesson

Welcome back to Swinburne after the holidays. I have had a great few weeks off work to do my own thing. I went away to the beach for a few days. It was too cold to swim, but the water looked so still and clear. Some days were hot. I stayed at home and did a lot of gardening. It was perfect weather for this.

We will talk about swimming safety now. The season is getting warmer, and some of you will want to dive into the water to cool off. Lets look at some questions:

How do you learn to swim?
What are the challenges that new migrants and refugees face when they go near water?
How can we avoid tragedy?

Lets listen to some of the students in 2D who give us advice about water safety.
Firstly, Isbella wants to tell us about the National Drowning Report for the 2014 year.

Here is Cung talking about safety around the pool.

listen to ‘Cung’ on audioBoom

Moo Eh talks about swimming lessons. She says it is never too late to learn. Listen to what she says-To Moo Eh

Juma talks about the dangers near water. Listen to his advice.

Achan has some advice on what to do if you are swimming in rivers and dams. Listen to Achan.

Here are some written texts about water safety on the VILC website. Look at the ten commandments of surf swimming.

Here is a recent news article about the national drowning report for 2014.

Here is a short film about the RIPS which are currents of strong water.

Hi everyone in the youth class. I hope you had a great weekend. It is Spring time and the weather in Melbourne is sometimes very beautiful, warm and sunny. At night it can still be cold though. I love to eat a picnic outside in this weather. I love going to the parks and gardens. It is great weather for camping, fishing and exploring new places. Will you be going somewhere in the holidays? Will you go to see new places around Melbourne or maybe in the country?

Here are some things people like to do on holidays. Click on this link to “Things to do in Victoria”

Have a look at the statistics of the Australian population on the ABS website. Look at the dots on the capital cities. Write the population of people who live in the major cities around Australia.

Hi students in 2D. I hope you have had a good weekend. It is wonderful to welcome our two new volunteers to our class today. I hope you can get to know them.

This is a link to the  AMEP survey.

Today we did some work on Numeracy. This is another word for maths. Go to the BBC SKillswise website. We need to learn about decimals. Click on the box ‘PLACE VALUE’. Work on these Quizzes.

July and August in Melbourne is midwinter. It’s cold and we need to find ways to keep active, healthy and warm. To do this, there are many things to do.

1.Heating- houses, our clothes we wear.Have a look at these 8 fashions to keep warm in winter. Write an email to a friend about what someone in the class is wearing today, the person who receives the email must reply with the name of the person who they think it is. Please cc to Jane. Thanks.

Health-food -we eat healthy warm food to stay warm strong and fit. We eat to have energy and be fit so that we can do work.

2.What we do- jobs to do in winter. Write another email to a different friend in the class today and tell them about the jobs you did on the weekend. How did you keep warm?

Reply to the email and tell them what jobs you had to do on the weekend.
Learn some English grammar on English Media Lab and you will keep your brain active.

Go to this padlet and write a few sentences about what you love about winter.

I hope you stay healthy, fit and warm this winter!

Thanks for your hard work today everyone.Jane

Today we learned about http://www.bitstripsforschools.com/ where students can make their own avatar and comic strips. This was an exciting lesson to learn on the computer. We had lots of laughs today as students made a picture of themselves-(An avatar)

It is lovely to see all the students joining in and having fun. I hope to see some more bitstrips on the website in the youth class.

Welcome to the Youth Class Blog. Many of the students in our class want to learn new skills for learning English so they can feel confident to walk out into the community and be independent.

This week we will be learning about housing and how to find a house to rent. Next week we will walk to the real estate agent and talk to them.

Here is the link to the real estate website. You can refine your search by choosing from the drop down boxes on the left hand side. 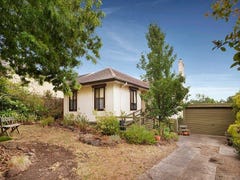 What sort of questions would you ask at the Real Estate agents?

In this lesson we will look at how to describe people.

If you were in a situation where you had to report someone, you need to know how to describe them.

Here are some listening exercises on crime.

In our next project for computer lesson we will research a topic on someone or something famous.

We must all agree on this before we begin. Please look at the following list and we can decide together which topic you would like to do.

Have a look at some links using google.
Example:

The Ian Potter Art Gallery, Federation Square, Melbourne. Our class will go to the NGV in Melbourne next week. This is a great place to go to see some amazing art by some famous artists. We can learn about early Australian history and the story of settlement in Melbourne one hundred years ago.

Barak, respected elder
The powerful portrait of Wurundjeri elder William Barak (c.1824-1903) is a highly significant painting within the Gallery’s display of portraits from the late nineteenth century. Painted by Victor de Pury in 1899, the portrait is on loan to the National Portrait Gallery from a private collection.

Barak was a skilled artist. His drawings, collected by museums in Europe and Australia, reflect his unique visual language and act as a powerful record of his culture.

Arthur Streeton discovered the view of the Hawkesbury River that became the subject of a series of large-scale works, including

Tom Roberts was born in 1856 at Dorchester, Dorset England. He arrived in Australia in 1869 and settled in Collingwood, Melbourne. He studied at the Carlton School of Design and at the National Gallery School before returning to London. His best work was produced in Australia in the late 1880’s and 1890’s. His most famous commission was the painting of the Official Opening of the first Australian Federal Parliament required over 250 individual portraits. He died in 1931.

This triptych is considered one of the masterpieces of Australian art.

The first panel, represents the free-selector, who has ventured into the bush with his wife, and has chosen the bushland property for their future home.

The third panel, represents some time in the distant future.

In the foyer in the Ian Potter Centre you will see this art installation.
Read some of the comments made on the sticks that make up up this big eagles’ nest. It’s called: Bunjil’s Nest – a collaborative project by school students around Melbourne. ‘Using the eagle’s nest as a symbol of caring and nurturing, students participated in a NGV statewide project to construct a nest from sticks written with their individual messages of hope for a sustainable future.’

Here is a link to our photos from our excursion.

About our class blog